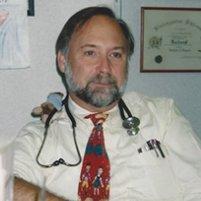 Richard Merkler, MD, FAAP, monitors for signs and symptoms of autism through early well-child visits at his practice in Midtown West in Manhattan, New York City. When signs of autism are present, Dr. Merkler initiates further diagnosis, testing, and ongoing treatment of the disorder.

Autism spectrum disorder, or ASD, refers to a group of disorders that affect an individual’s brain development, and consequently their social interaction, communication, and behavior. Additionally, some of the disorders classified as ASD impact cognitive ability, motor coordination, attention, sleep, and bowel movements. Many children with autism or autism spectrum disorder display remarkable ability in a hyperfocused area, such as math or music.

Which disorders are included in the spectrum?

Disorders that fall under the ASD umbrella include:

How common is autism?

The prevalence of autism has increased tenfold in the last 40 years. Today, as many as 1 in 68 children are “on the spectrum,” or diagnosed with some level of autism spectrum disorder. Furthermore, autism affects 4 times more boys than girls.

What are the causes of autism?

Research is still ongoing and other factors are being studied further.

What are the signs of ASD?

Signs and symptoms of autism are present by 12 months about half the time, and noticeable by 24 months as much as 90% of the time. Most common signs include:

Some children display very subtle signs while other children’s signs may be much more noticeable or inhibiting. Parents who suspect ASD for any reason should schedule an appointment with their pediatrician.

We accept the majority of health insurance plans. Please contact our office if you do not see yours listed or have any other questions.

Words from our patients